WHEREAS, The Cap and Trade legislation in the 2019 legislature was successfully killed due to the unified efforts of the timber industry and related natural resource based industries

WHEREAS, Oregon Governor Kate Brown, Senate President Peter Courtney and House Speaker Tina Kotek have committed to new Cap and Trade legislation that they are re-naming and re-working

WHEREAS, Oregon represents an imperceptible amount of greenhouse gas emissions in the United States and the US throughout the world.

WHEREAS, Adoption of a Cap and Trade program in Oregon without a meaningful worldwide commitment to greenhouse gas reduction will fail to produce a measurable impact

WHEREAS, An Oregon Cap and Trade program would result in rising prices on most consumer goods due to the rising cost of energy and fuel

WHEREAS, The economic impact to rural Oregon communities will be disproportionately larger than the contributions currently being made to greenhouse gas emissions in those communities

THEREFORE, BE IT RES

OLVED, that The Oregon Logging Conference go on record in opposition to any Cap and Trade proposal that makes a minimal impact on the world’s greenhouse gas emissions if doing so increases costs for consumers and businesses and decreases Oregon’s competitiveness within the United States and around the world.

BE IT FURTHER RESOLVED, that we must remain unified as a timber industry against Cap and Trade legislation and not allow political interests to divide us. 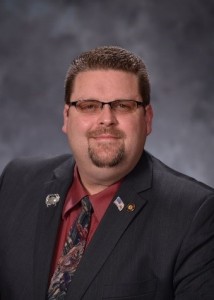 This resolution will be presented by Representative David Brock Smith.

Rep. Smith has an extensive public service background, having proudly served the citizens of Port Orford for many years as the City Council President and Chamber of Commerce President/Director. He is also the former Chair and Vice Chair of the Curry County Board of Commissioners, where he served on many boards and committees. He has also served in various roles with the Association of Oregon Counties, and for many years was on the Port Orford-Langlois School Board for many years.

After graduating from Pacific Valley High School and attending Southern Oregon Community College and Southern Oregon University, he had a career in the culinary industry in the Rogue Valley, and returned to Port Orford to buy the family business, the Port and Starboard restaurant and lounge.

This site uses Akismet to reduce spam. Learn how your comment data is processed.