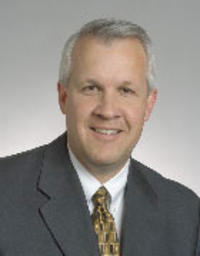 The conference will open on Thursday, February 19th with keynote speaker, John T. Carpenter, Caterpiller’s Division President. His 25-year career with Cat has taken him all over the world, and offered him a variety of experiences and perspectives to share.

In 1984 he started his career in the Peoria based Product Support marketing program followed by several financial marketing positions. Then in 1990 moved to Caterpillar’s Santiago, Chile office to work on South American distribution development.

When he returned to the states in 1993, John spent the next three years based out of the Lafayette, Ind., Large Engine Center creating an organization to build, own, and operate power plants around the world. Three years later he moved to Singapore to manage Caterpillar’s Southeast Asia and India Power Systems Divisions. As a part of the Caterpillar Asia management team, John was involved in market strategy development for the Malaysian, Thai, and Indonesian forestry industries.

John is a Tropical Forest Foundation board member, a member of the American Loggers Council Woody Biomass Coalition and a committee member for the Association of Equipment Manufacturers.